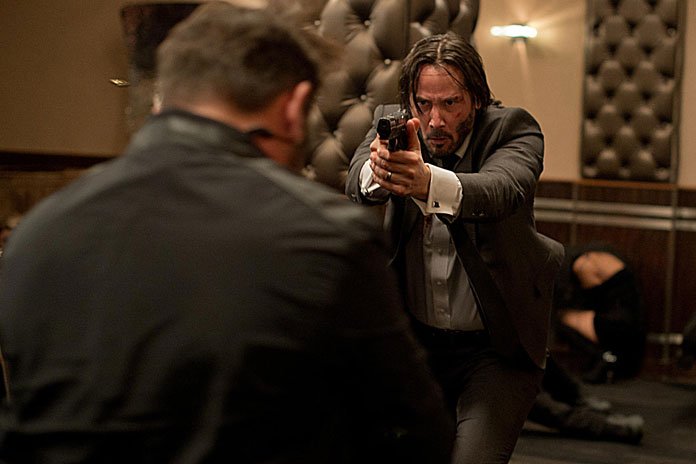 UPDATE: The Continental series is tentatively scheduled to premiere on Starz in late 2021, following the release of the fourth installment of the franchise on May 21, 2021.

Starz President and CEO Jeffrey Hirsch stated: “I had a meeting on a season pitch for this yesterday. We like the group of writers, and we’re trying to get it in the right place so it doesn’t interfere with the motion picture. It will air sometime after the fourth movie.”

“This series is truly unlike anything else on TV. ’The Continental’ promises to include the thunderous fight sequences and intensely staged shootouts between professional assassins and their targets that fans have come to expect in the John Wick movie franchise as well as introducing some new, darkly compelling characters who inhabit this underground world.”

John Wick co-directer Chad Stahelski will be behind the camera for the premiere episode.

The wick-ed action style of ‘John Wick’ is coming to the small screen in the form of a prequel called The Continental!

Developed by Lionsgate, the series will dig deeper into the ‘John Wick’ mythology and focus on the network of assassins that we got a glimpse of in the featured films. Director Chad Stahelski added:

“They’ve got a really good structure. It’s very tied to the film [in that] it’s about the Continentals all over the world, how certain people come into that world, and what happens in relation to those people, which is cool. I think the world is very vast, and everything I’ve heard from it is very positive. […] It’s something that studio seems very, very intent on [making] and very, very behind… You can be with the consigliere, concierge, the sommelier — you can be with all these different characters and walk through the world in different aspects; ones that I’m a little limited [from exploring] by staying with my lead guy.”

He also teased that the plan is to have John Wick himself, Keanu Reeves, make an appearance in the series but the show will NOT be centered around him. Wick’s character arc will continue in John Wick: Chapter Four.

Stahelski is on-board to help develop the TV series and potentially direct a few episodes.