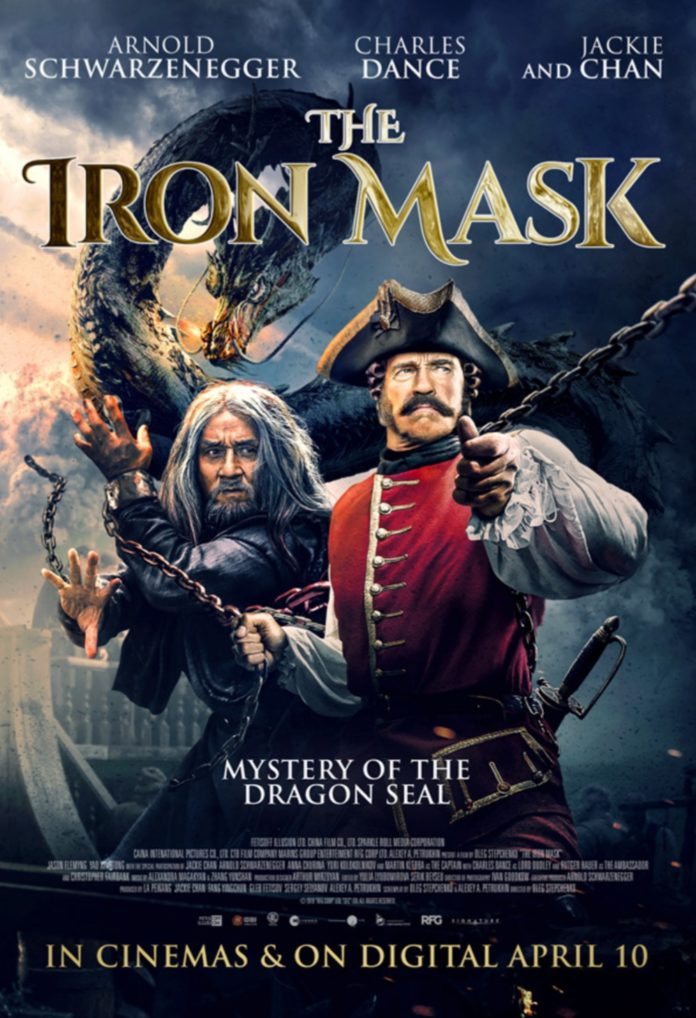 UPDATE: Check out the U.S. Trailer below!

The Iron Mask hits theaters and on Digital April 10th.

UPDATE: Go behind-the-action with the making-of featurette below!

UPDATE: See Jackie Chan vs Arnold Schwarzenegger in the latest Trailer below!

Synopsis: The English traveler Jonathan Green receives from Peter the Great an order to map the Russian Far East. Once again he sets out for a long journey full of incredible adventures that will eventually lead him to China. The cartographer will unexpectedly face a lot of breathtaking discoveries, encounter bizarre creatures, meet with Chinese princesses, and confront deadly martial arts masters and even the king of all dragons – the Dragon King. What could be more dangerous than meeting eye to eye with Viy, except doing it again? What would be stronger this time – a staunch skepticism of the scientist or the old black magic that has seized power of Eastern lands?