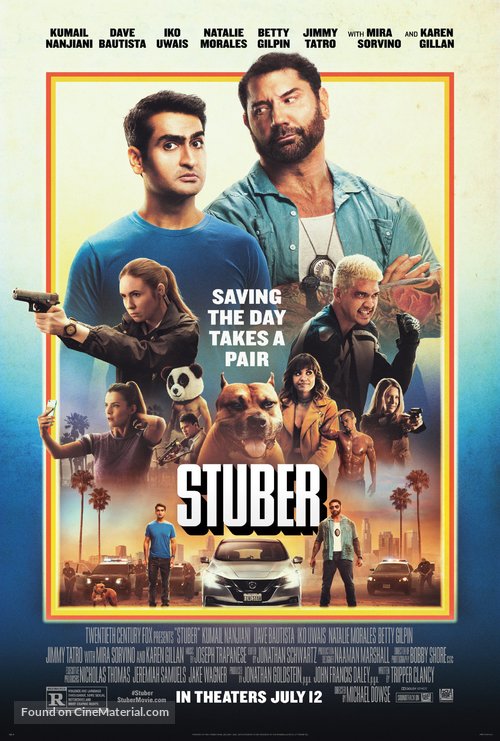 UPDATE: Check out the NSFW Trailer for Stuber along with the latest Poster (above)!

UPDATE: Have at look at the International Trailer below!

UPDATE: The hilarious first Trailer for Stuber is here!

SYNOPSIS: When a mild-mannered Uber driver named Stu (Kumail Nanjiani) picks up a passenger (Dave Bautista) who turns out to be a cop hot on the trail of a brutal killer, he’s thrust into a harrowing ordeal where he desperately tries to hold onto his wits, his life and his five-star rating.

‘Stuber’ follows a “determined detective (Bautista) who commandeers an unsuspecting Uber and its driver (Nanjiani) over one night of high jinks and mayhem”.