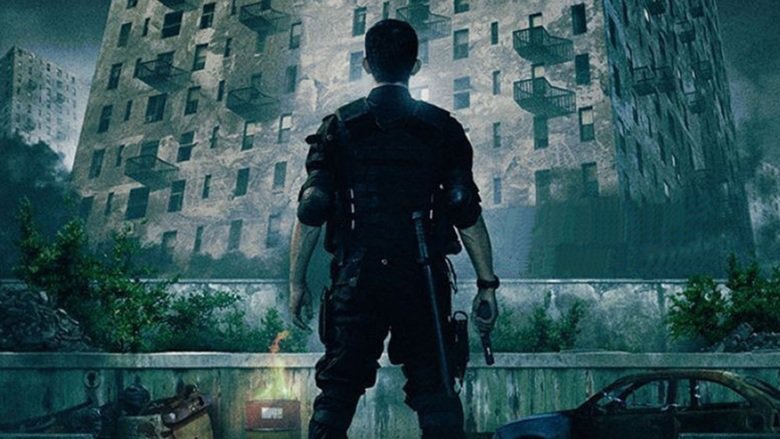 UPDATE: The long in-development Hollywood re-imagining of The Raid has a new title: Zeno.

The film is technically no longer a remake of The Raid as director Joe Carnahan revealed he has parted ways with XYZ Films, who own the rights to the Raid films. The filmmaker is moving forward with the same script he co-wrote with Adam G. Simon (Point Blank), but under a different title: Zeno, named for the story’s main character.

Carnahan stated: “The version that I wrote, they don’t ever intend to actually go in [to the building]. They think that they’re gonna’ move this guy. So their whole operation is, ‘we’re gonna’ hit this guy in transit.’ It’s not until they realize, ‘Oh, they’re digging in, they’re not moving, we’ve got to now go in and get him.’ It’s a very, very different script…It’s really, really, really about the brothers.”

Frank Grillo will no longer star in the film, but he is still on-board as a producer. Carnahan revealed that negotiations are underway with a “big name” to star, while another name that they “love” is already signed on to play the villain.

“You meet Frank’s character having just rotated back from a really, really, brutal special forces operation. He’s got soft tissue damage in his hands, and his rotator cuff is blown out, and they take fluid off his knees, and the doctors basically tell him, “Listen you’re at the razor’s edge of PTSD and you need three months of just nothing, some R&R, because you’re jacked up.’ And in that space he gets the message that his brother, who he thought had been dead for four years, is actually alive and working for a very bad guy in Caracas, and in 18 hours they’re gonna kill his brother. These forces are gonna descend and murder the bad guy and murder the brother, so do you wanna go and get your brother, who you thought is dead? Do you want that opportunity? So that’s where we start.”

And regarding the selling point of the film: the Action, Carnahan stated:

“I want the entire movie to feel like the knife fight between Adam Goldberg and the German in Saving Private Ryan. Everything. In every great action film there’s always an emotional quotient that you’re dealing with… You have to have a sense of stakes. For all of the tremendous excess of those last two Matrix films, which I enjoyed the hell out of, they never really got to the tension of just Keanu Reeves trying to answer a phone at the end of the first movie. There was great pathos, there was a great sense of, ‘Is he gonna make it?’ The spectacle I think outweighs the heart and soul of it, and that’s what you have to remember is you’ve gotta have that attached.”

The filmmaker is hoping to start pre-production in a next couple weeks. Stay tuned.

UPDATE: Production is set to roll real soon on the “reimagining” of The Raid as star Frank Grillo shared the following update on his Instagram.

Director JOE CARNAHAN (The Grey, Bad Boys For Life) is set to helm with FRANK GRILLO (Wolf Warrior 2) signed back on as the lead. Grillo actually spent some time training with the original stars IKO UWAIS and YAYAN RUHIAN on the set of 'Beyond Skyline', so hopefully that should have helped him prepare for the role.

Carnahan sent out a series of tweets reassuring fans this is not necessarily a "remake" but is more of a "reimagining".

THE RAID remake will hew closer in tone & feel to THE GREY and NARC.@Ghuevans is producing alongside & has given us his full blessing.

It's not a remake. It's a reimagining of the same scenario.
Everybody take a deep breath.
We won't disappoint you, rabid-fanboy-from-Hell. https://t.co/ShPcXmng5n

You can't remake The Raid, guys. It's a fantastic film. So, ask yourselves why would we be doing it, unless we had something really special.

With the original director GARETH EVANS serving as producer, this "reimagining" is in good hands.

UPDATE: More trouble have emerged for THE RAID Hollywood remake. According to THE TRACKING BOARD director PATRICK HUGHES (The Expendables 3) have exited the project. SCREEN GEM also left, which leaves XYZ FILMS as the sole production company behind the film.

With Hughes no longer in the director's chair, who do you think have the action chops to fill in? Perhaps ISAAC FLORENTINE (Undisputed 2 & 3)? Comment below!

UPDATE: It looks like FRANK GRILLO may have exited THE RAID Hollywood remake according to his recent tweet.

Watching my boy @iko_uwais in #THERAID. There's no way I'm doing a remake of this. Couldn't do it justice. #respect

Stay tuned for more confirmation. If Grillo is indeed no longer involved, who do you think they should cast in his place?

FRANK GRILLO, most recently seen in 'Captain America: The Winter Soldier' as Rumlow/Crossbones, have just confirmed that he have signed on to play one of the three main roles in the upcoming Hollywood remake of THE RAID.

Grillo spoke a bit about the project stating:

“You know, the script is great. Patrick Hughes, now that he has this time – who just directed The Expendables 3 – he’s tweaking it a little bit. Sony really is behind the project and I loved it. [I’m] one of the three main characters and, you know, I’m excited about it. I can’t wait to actually go do it because it’s gonna be Americanized, but not overtly Americanized. It’s really gonna keep a lot of what made the first Raid so great.”

Who do you think they should cast for the other main roles in the movie?