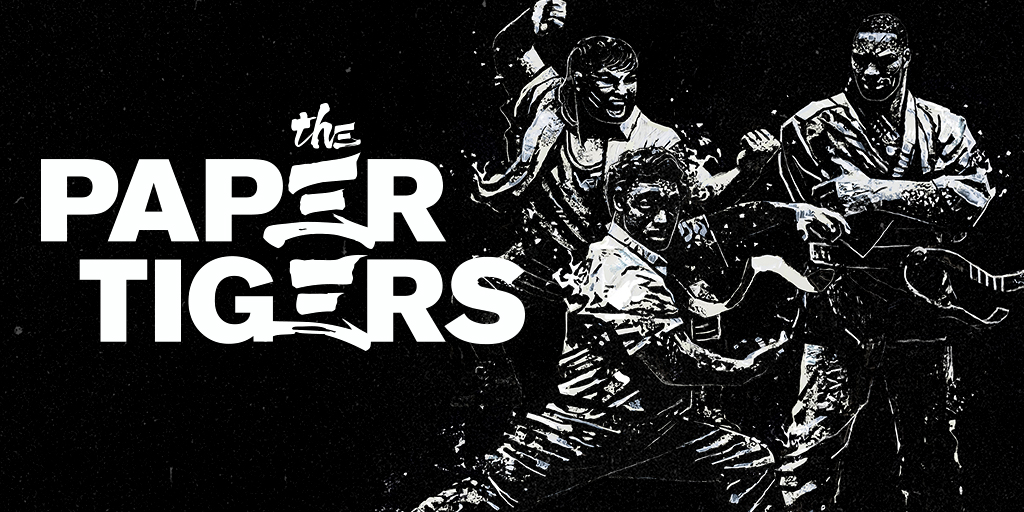 UPDATE: Principal photography on The Paper Tigers has officially wrapped.

Post-production is underway for the 2020 festival season. Stay tuned.

The Paper Tigers follows Yuan, Uy, and Jenkins playing “former Kung Fu prodigies who are now washed-up middle-aged men, one kick away from pulling their hamstrings. When their master is murdered, they must escape their dead-end jobs and overcome old grudges to avenge his death.”

UPDATE: The Kickstarter for the indie kung fu film THE PAPER TIGERS is officially LIVE. Please CLICK HERE to support the film.

SYNOPSIS: A dead-beat dad, an insurance scammer, and an MMA coach find themselves in the middle of a gang war when they must avenge their Kung Fu master’s death but first… they need to call in sick at their 9-to-5’s.

The Paper Tigers’ first crowdfunding campaign allowed the team at Beimo Films to shoot the first 10 minutes of the movie when the main characters are young teenagers. Based on the strength of that footage, the production team was invited to present at the Frontiéres Platform at the Cannes Film Festival / Marché du Film to much excitement. XYZ Films will handle North American sales and AMP Films will handle global sales.

Back in 2015 a little martial arts action short titled ‘The Challenger’ took the internet by storm with its impressive action choreography and direction by Vietnamese filmmaker BAO TRAN. The short stars Martial Club’s ANDY LE (Luc Van Tien) and ZeroGravity Stunts’ KEN QUITUGUA, who was also in charge of the fight choreography. If you have not seen it, check it out below.

The action short was so well received that a feature film version is now in development called THE PAPER TIGERS. Both Tran and Quitugua is set to return as director and fight choreographer with a partnership with XYZ FILMS (The Raid, Headshot).

SYNOPSIS: When their old Kung Fu master dies under mysterious circumstances, three estranged friends, despite being terribly out of shape and washed-up as fighters, must reawaken their abilities to find the killer and restore their master’s honor.

To get this film on the fast track, the filmmakers is going to need YOUR help. Here is a personal message from director Bao Tran:

I need your help in making a movie. Whether you came to see my short films Bookie and Black Coffee during the film festival rounds or online, I want to thank you for your incredible support. It has kept me going through many tough times in my career. I’ve been fortunate to have spent the last few years editing feature films in my motherland Vietnam for amazing directors and I’m proud of the work I’ve done there.

But now it’s time to direct my first feature film. THE PAPER TIGERS is a Kung Fu comedy that will be made in the USA. You are the first to receive our official teaser art painted by rising superstar Gian Galang and we are just getting started!

THE PAPER TIGERS promises to be an entertaining action movie that portrays complex characters of color in a progressive light. If you’ve been following the #OscarsSoWhite and whitewashing casting controversies you’ll know that we can’t trust big Hollywood studios to tell our stories responsibly – which is why we’re doing it ourselves. This is pop culture as activism, and we hope you’ll join our fight.

If you are a fan of the short and want to show your support, please click HERE and find out how you can help make this feature film a reality.