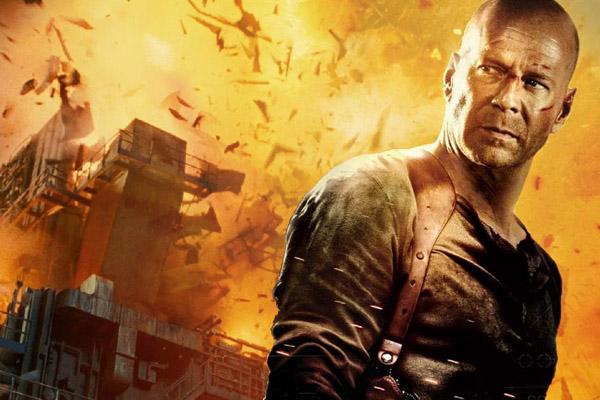 UPDATE: Die Hard 6 has officially been canceled. After Disney acquired 21st Century Fox, they scrapped a number of projects and unfortunately the next adventure of John McClane is one of them.

Rumors are that Disney is planning a full-on reboot of the franchise with a younger John McClane. Stay tuned.

“You can tell our intention by the fact that the title page we handed in says, ‘McCLANE.’ We want you to get invested in John McClane more than ever before. I don’t know how you do Die Hard without Bruce. The idea that he’s not very significant in this movie is not accurate at all. We are gonna explore John McClane in his twenties. But just as prominent is the 60-year-old version.”

UDPATE: Director Len Wiseman recently gave an update on ‘Die Hard 6’ to Comingsoon.net stating the importance of getting the script absolutely perfect:

“’Die Hard’ is going to be happening fairly soon. No dates. I’ve been asked about dates before and I’m always wrong. The date is when the script is right which is when we all want to go. The script has taken quite a long time. I want it to be right, as everybody does. The truth is we started prepping ‘Live Free or Die Hard’ when the script was not ready. That process of working on the script as we were shooting the movie is not the funnest thing in the world to do. We pulled it together but nobody wants to go through that again. I think it’s also more so than any other time, [the script]’s very important. We’ve seen it all. We’ve seen a lot. I think even, say, 10 years ago, I think studios in general were a little bit more willing to put movies like that, franchise movies into production with a sense of ‘we’ll continue to work on the script.’ I think that attitude has changed.”

UPDATE: Producer LEN WISEMAN updated the status of DIE HARD 6 and confirmed that DIE HARD 6 will be a hybrid prequel/sequel ala ‘The Godfather 2’. He stated regarding the exploration of ‘John McClane’ that “it’s a delicate balance of giving you a sense of what started McClane, because McClane when he comes into Die Hard 1 has a lot of emotional baggage, baggage in general moreso than a lot of our other action characters in the sense that he’s already divorced. He’s got an incredible chip on his shoulder. He’s bitter. His captain hates him, doesn’t want him back in New York. What caused all that? Why was he already that guy?”

Best known for his work on the ‘Underworld’ franchise, director LEN WISEMAN is in early talks to produce and helm the sixth installment of ‘Die Hard’. The film is titled DIE HARD: YEAR ONE and will take the ‘Batman Begins’ route to focus on the origins of a young ‘John McClane’ in 1979 New York City.

Even though it is planned to be a prequel, BRUCE WILLIS is expected to return to serve as “the narrative as a present-day version of McClane”.

Wiseman is no stranger to the franchise as he also directed 2007’s ‘Live Free Or Die Hard’. Despite being rated PG-13, the film fared much better with audiences (grossing close to $390 million worldwide) compared to the awful fifth film, 2013’s ‘A Good Day To Die Hard’ directed by John Moore.

No words yet on who will be playing the young ‘John McClane’. Who do you think they should cast? Comment below!