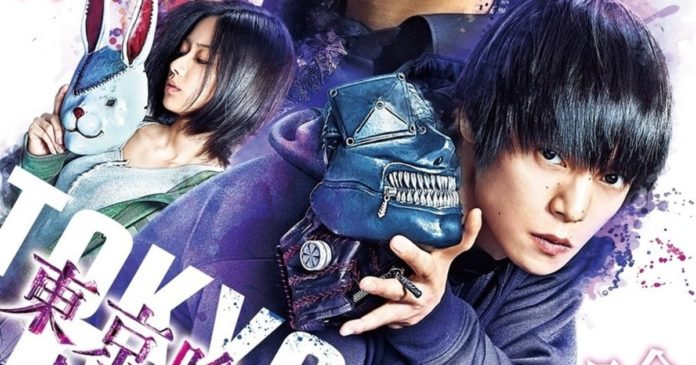 Based on Sui Ishida’s popular Manga, the first Tokyo Ghoul (2017) took place in a Tokyo where the population knew of the existence of flesh eating ghouls, with this just being an everyday part of life. The film focused on college student Ken Kaneki (Masataka Kubota), who thinks his luck is in when he gets a chance to go out on a date with the girl of his dreams, Rize.

Unfortunately for him, Rize turns out to be a ghoul who attempts to devour him. Although Rize injures Ken, she is accidentally crushed to death before she gets a chance to eat him. Ken manages to survive due to being given Rize’s organ’s in a transplant. This brings about some unexpected consequences for Ken, with him now being a half-ghoul. This leads him to have the same superhuman powers but also a craving for human flesh.

Ken eventually comes into contact with a gang of friendly ghouls who run coffee shop Anteiku. They reluctantly agree to train Ken in how to use his powers and better adjust to his new life. At the same time he has to content with the relentless Mado Kureo from the Commission of Counter Ghoul, who will not rest until all ghouls are annihilated.

A prior knowledge of the first film is imperative to your enjoyment of its sequel, Tokyo Ghoul S. Throwing its audience in at the deep end, it offers no clear backstory or world-building, with a built in assumption that you have seen the first movie.

This can work both for and against your enjoyment of the film. It is good for existing fans of the series that they do not have to plod through more introductory material, with the world and its characters having already being established previously, meaning there is more time for the main plot.

However, newcomers will be kept mostly in the dark at the strange happenings on screen, although the stylish visuals, special effects and exciting action scenes should still keep them entertained.

As the film opens, we are introduced to Shu Tsukiyama (Shota Matsuda), a ghoul with an especially refined culinary palette. He will only dine on what he classes as the best humans. His first act is feeding on the eyes of model Margaret, only to then throw her nonchalantly through a high rise window to her death.

Tsukiyama then visits Anteiku, only to be thrown out. However, he becomes aware of Ken before this happens. Fascinated by the half-ghoul, he reasons that he would be a rare delicacy. From here Tsukiyama puts a plan in motion in order to feast on our reluctant hero.

Takuya Kawasaki and Kazuhiko Hiramaki take over directing duties from Kentarô Hagiwara, who helmed the first entry in the series. Considering this is their first full length feature they do a pretty good job behind the camera, with good performances and well created action scenes.

Moreover, they do not shy away from the more gruesome aspects of the story. From the opening scenes, where model Margaret’s eyes are brutally ripped from their sockets, the audience should get an idea what to expect. Like Bryan Fuller’s Hannibal (2013) we are shown lovingly cooked meals of human flesh, with Mitsuru Komiyama being particularly effective during these scenes.

There is somewhat a lack of focus during some of the running time, with the film feeling quite episodic. This approach sometimes works to the film’s advantage, with certain characters getting more focus during the action. However it does affect the overall pace.

Typical of Manga and Anime adaptations, the performances tend to border on the histrionic, but this is entirely in line with the story being told. Script writer Chûji Mikasano is no stranger to the world of Tokyo Ghoul, having previously written episodes of the Anime series.

Masataka Kubota does well, with his Ken Kaneki having slightly evolved since the first film. Sure he still comes across as being suitably freaked out by what is happening, but there is more of a sense of understanding this time round. Kubota is no stranger to Manga adaptations, having headlined the likes of television series Death Note (2015).

Sadly Fumika Shimizu does not return as Kirishima, with her having temporarily retired from the business due to her obligations to the Happy Science Religion. In her place is Maika Yamamoto, who makes a fine replacement, proving to be quite adept at action.

Shota Matsuda has terrific fun as Tsukiyama, playing the role like a more flamboyant Hannibal Lecter. With him injecting an apparent homo-erotic subtext to proceedings.

Shun’ya Shiraishi and Mai Kiryû add some heart to proceedings as ghoul Nishiki Nishio and his Kimi Nishino, the uman he has fell in love with. Their characters give Ken a sense of hope that a human can really live side by side as a ghoul and accept them for who they truly are.

It is clear that Tokyo Ghoul S does not have as high a budget as some other Manga adaptations such as the recent Kingdom (2019). The directors work this to their advantage. While I have certainly seen better CGI it used quite well and adds to the action.

While it takes a little while to get to the action, once it comes it is of relatively high quality. The action also does not let up on the violence, with them being suitably bloody. The action is definitely the selling point of Tokyo Ghoul S, it is just a shame that there is not more of it rather than some of the tiresome character work, which slows the pace of the film considerably.

Some reviews have compared the fight scenes to be reminiscent of a more adult Power Rangers, which is a fair conclusion. This is possibly down to action director Makoto Yokoyama having extensively worked on many iterations of the Power Rangers series throughout his career.

He also co-directed cult favourite Wicked Game (2002) alongside Koichi Sakamoto. Whilst it was clearly made on a limited budget, it proved to be a fine show reel for his and Sakamoto’s fight choreography.

While Tokyo Ghoul S may not bring any new fans to the series, those with an appetite for its ghoulish thrills will be thoroughly entertained and will no doubt be looking forward to a third entry, something which Tokyo Ghoul S alludes to. 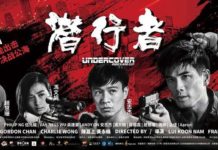 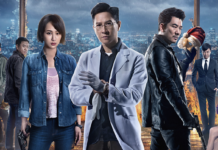